Ian Wright: Arsenal only perform when they’re not under pressure

Ian Wright believes that Arsenal struggle to play well when the pressure is on and has told Arsene Wenger’s men they must learn to win ugly.

The Gunners moved up to second place in the Premier League table thanks to Saturday’s thumping 4-1 win over Liverpool at Emirates Stadium.

Arsenal are the in-form team in the English top flight, having won nine of their last 10 games as they edge towards qualification for next season’s Champions League.

They have got to learn like Chelsea do – do not lose, win ugly

But former Arsenal striker Wright is concerned that the north Londoners are only able to step up to the plate when the pressure is off them.

“The pressure is off them because they are nowhere near it and I feel the players react better when the pressure is not on,” said Wright, who was speaking exclusively to BT Sport’s Football Tonight Show.

“I think you’ll find that when Arsenal players are put under pressure they do not perform, like we saw with Monaco.

“But now, I feel that when you look back at the start of the season they had and they lost certain games and drew certain games, they will realise how important it is to start the season well – and that is what could cost them.” 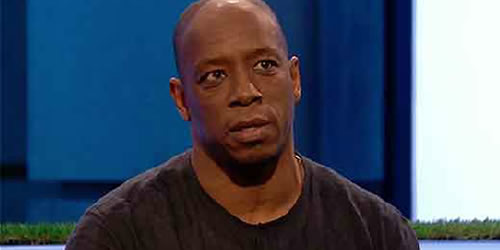 Arsenal travel to Burnley in the Premier League next Saturday as they look to take another step closer to securing a top-four finish.

And Wright feels that the Gunners must learn how to “knick” results, even if they are not at their best.

The former Gunner continued: “We haven’t seen that Arsenal for many years [the team who beat Manchester City]. You can see us in there, but they need to get it to come out consistently. Go somewhere like Burnley and win 1-0, go to City and beat them 2-1 and knick something at someone like Burnley.

“They have got to learn like Chelsea do – do not lose, win ugly.”