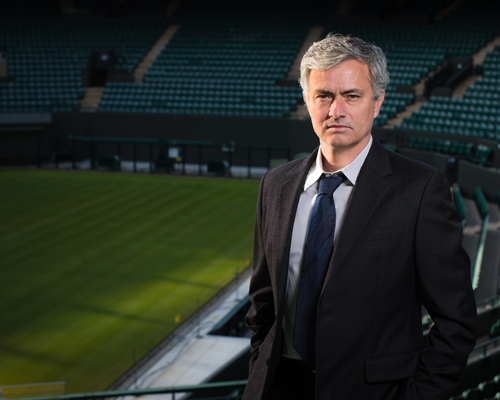 Jose Mourinho has described Wimbledon as “the special one” and has spoken of his delight at seeing Andy Murray triumph at SW19.

The Chelsea manager is a keen tennis fan and the Portuguese coach has regularly been spotted at the Grand Slam and the ATP World Tour Finals at The O2 since his return to England.

Wimbledon is more than a Grand Slam final. It’s a special one really

Mourinho, whose Blues side are on the brink of Premier League glory this season, spoke of his pride at seeing Murray become the first British man to win Wimbledon in 77 years back in 2013.

“I’m a big fan. The one I felt really was the [Andy] Murray victory, because I felt it has something really special for him to win it after so many years,” Mourinho said.

“I’m not British, but on that day I felt it almost as much as a British man.” 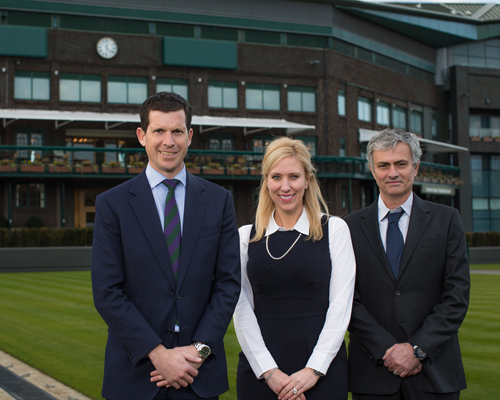 So it is no surprise Mourinho has affection for the only grass-court Grand Slam tournament.

And the 53-year-old is in no doubt that Wimbledon is the most prestigious major on the tennis circuit.

“Wimbledon is more than a Grand Slam final. It’s a special one really,” Mourinho continued.

Mourinho added: “Rafa Nadal vs [Novak] Djokovic in French courts, in American courts: is it the same at Wimbledon? It’s not the same.”

The Chelsea boss has been hailed as one of football’s greatest motivators thanks to success at the west London club, Inter Milan, Real Madrid and Porto. 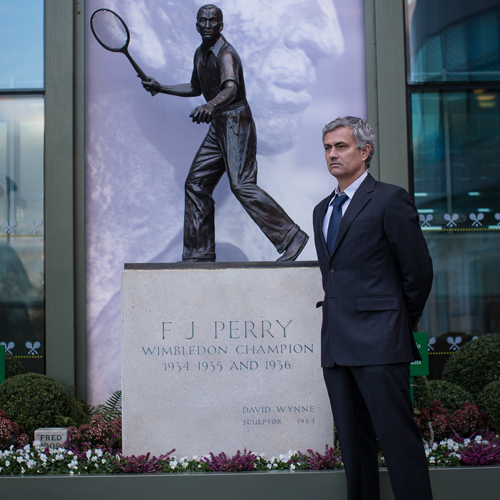 Jose Mourinho stands next to a statue of Fred Perry Photo: Jaguar

But Mourinho spoke of his respect for the mental toughness of tennis players, who have no-one to turn to during tough moments on court.

“I have a special respect for the players, because of this capacity to deal with huge pressure,” Mourinho added.

“A lonely man or woman in the court responsible for success is more difficult. I try to learn from them and bring it to my job and my sport.”

Sporting icon and Jaguar ambassador Jose Mourinho was given his first Wimbledon experience to mark the occasion as part of a tour hosted by AELTC Committee member and former British No. 1 tennis star Tim Henman. Mourinho’s visit coincided with the launch of Jaguar’s #JaguarWimbledon initiative, which will aim to give tennis fans the chance to feel the unique Wimbledon experience for the first time.