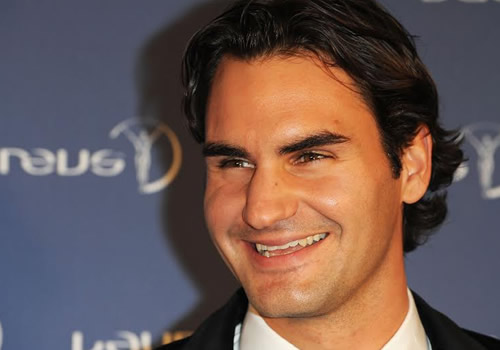 Martina Navratilova, one of the most successful women ever to pick up a tennis racket—18 singles, 31 doubles and 10 mixed doubles Grand Slam titles for a start—was keeping mum about where she had placed her votes for the ‘Oscars’ of sport, the Laureus World Sports Awards.

But hearing her talk to Laureus.com earlier this month about this year’s clutch of tennis nominees, it was worth a wild guess.

Navratilova is a member of the Laureus Academy—a select band representing the elite in sporting record books—that votes for the outstanding performers of the last year and, when it comes to tennis, there have been plenty to choose from on the shortlists.

She talked first about the woman who has recently overtaken her own 18 Majors, Serena Williams. The 33-year-old American superstar, who has topped the rankings for an unbroken two years, is nominated for a record-equalling fourth Laureus Award (Roger Federer is the only other four-time winner). Williams has won the Sportswoman of the Year statuette twice before and the Comeback Award once.

“Serena’s very motivated, she’s healthy and the competition hasn’t been able to catch up to her. It’s a tall mountain to climb, but if she stays healthy, it’s possible. 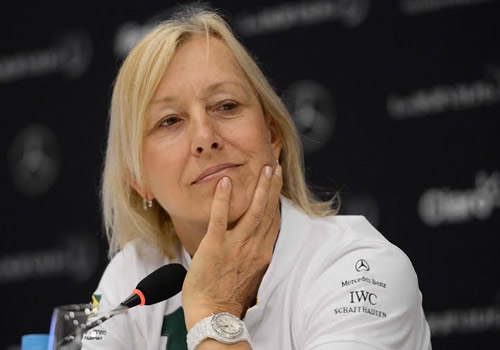 “She managed to be No1 at the end of the year and most of all winning the Australian Open, where she passed Chris [Evert] and myself. Last year maybe not as good a year as other years, but marching towards history, that’s a pretty big deal.”

Navratilova then turned her attention to the men’s No1 Novak Djokovic, nominated in the Sportsman of the Year category, which he won in 2012.

“Even though he didn’t play his best tennis at Wimbledon in the final, he still managed to win it against Federer. Just his work ethic, diligence, his preparation, his willingness to keep working on his game and keep getting better is amazing. He deserves that he finished No1.”

Djokovic is coached by another Laureus Academy member, Boris Becker, and Navratilova believes the tie-in has paid dividends.

“Of course with Boris’s experience as a Grand Slam winner, you can’t put a price tag on that. At that high level, there are such small particular margins between winning and losing.”

The Swiss Davis Cup team, headed by Federer and Stan Wawrinka, are nominated in two categories for achieving Switzerland’s first ever victory in the ‘World Cup’ of tennis: Laureus Team of the Year and Breakthrough of the Year.

And Navratilova had nothing but praise for Wawrinka in particular: “To be No2 to Roger—where obviously if they don’t win the Davis Cup, it will be Stan’s fault, not Roger’s—puts a lot of pressure on Stan, but he came through beautifully.

“It was all set up by Stan winning the [2014] Australian Open. That gave him confidence for the rest of his career to know that when things are going his way, anything can happen, and I think it pulled him through in the Davis Cup, too, because he had to be so nervous. I know I would have been in that situation. 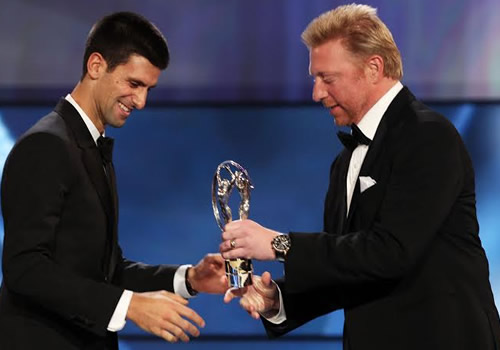 “I think Roger did it probably more for Stan and for his country than for himself. The Davis Cup was never that high on his list of priorities, but again he never had anyone that he could really win it with. Once he committed with Stan, playing the kind of tennis that he played, the writing was on the wall. So, a great achievement.”

Navratilova then talked about Federer’s chances, at the age of 33, of winning another Grand Slam.

“I always thought that Roger’s got chances at Wimbledon. That surface suits his game better than anything. He came within one set, within maybe a couple of points, of winning it last year. Things need to work out a little bit for Roger as far as the draw is concerned, but he is still capable of winning every single match he plays. So if he stays healthy, definitely it’s possible.

“Rafa [Nadal] is at 14, so he’s not that far behind. In maybe five years we’ll be talking about Djokovic, the way he’s going at it. But Roger hit a pretty sweet spot in the mid-2000s. He was pretty greedy there for a few years. So it’s possible someone might catch him, but not probable. I would not put my money on it. I think 17 is a pretty tall order.” 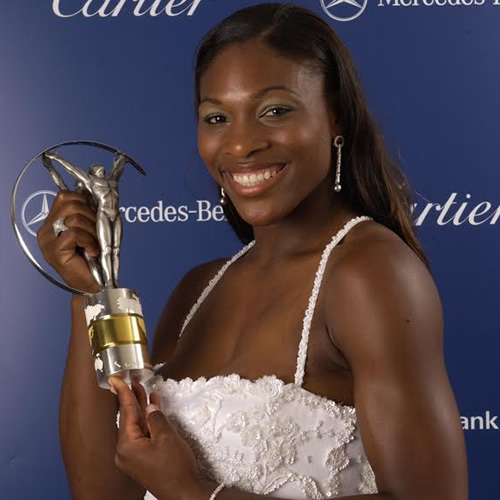 So does Navratilova think Federer is the greatest ever?

“I think whenever we are in the moment, we want to say ‘he’s the greatest of all time’ because we want to be part of it, and the next generation will be claiming somebody of their own, just like the generation before [want] Pete Sampras and before that Rod Laver.

“I think Roger would be happy just to be in that same group. I doubt very much that Roger would put himself above Rod Laver.”

The same would probably be true of Williams if it came to a conversation about the ever-impressive Navratilova, who continues to give generously to the Laureus Sport for Good Foundation along with many other great causes.

The Laureus World Sports Awards will be presented in Shanghai on 15 April, at an event hosted by Benedict Cumberbatch.

Other tennis nominees include the now-retired Li Na in the Sportswoman of the Year category, and US Open champion Marin Cilic in the Breakthrough category.