Lee Dixon shows off his Arsenal-inspired teletext mug on Twitter 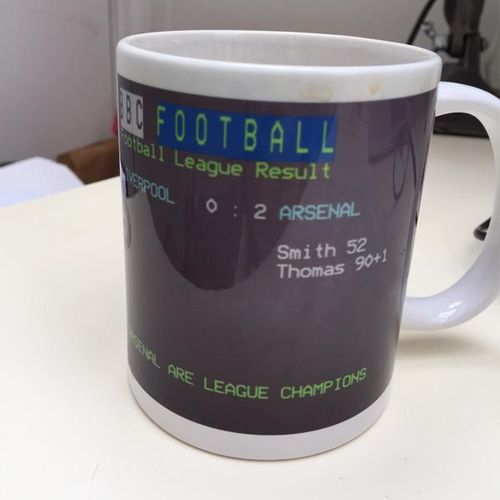 Is this the most original way to drink your tea? Photo: Lee Dixon/Twitter

Lee Dixon appears to be the proud owner of the coolest mug in football.

The former England defender tasted plenty of success during his decorated 19-year professional career with Bury, Stoke City and Arsenal.

Dixon won four top-flight titles with the north Londoners in an age before the popularity of the internet and football fans relied on teletext.

And as if any Arsenal or Liverpool fans needed reminding, Dixon took to Twitter to show off his mug which boasted the teletext scoreline from the infamous season finale at Anfield in 1989.

Just took a picture of my mug of tea. Who knew ! pic.twitter.com/QKrN5AHvaz

The Reds appeared to be heading towards an 18th crown despite losing 1-0 after Alan Smith’s opener before Michael Thomas scored a dramatic added time winner.