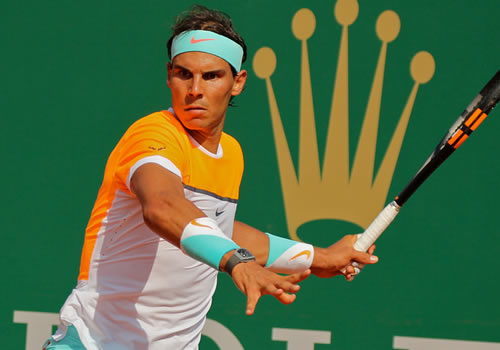 If one thing was certain, the last quarter-final of the day in Monte Carlo would not be completed as quickly as the previous three.

Rafael Nadal and David Ferrer have built reputations as two of the most determined, never-say-die players on the tennis tour. And while Nadal may be the king of clay and the No1 Spaniard for almost the entire decade since they first met, Ferrer could arguably claim to be the prince of clay, a terrier to Nadal’s bull.

A 33-years-old, Ferrer also continued to play as well as he ever had—perhaps even better. Since 2012, he had reached the semi-finals of three different Grand Slams, his first Major final at the French Open, and won his first Masters title. This year, he had already added three titles, in Doha, Rio and Acapulco, to his tally of 24.

And when it came to Monte Carlo, Ferrer had one particular feather in his cap: He beat eight-time champion Nadal in the quarter-finals here last year, his first clay win over his compatriot since 2004.

But after a tough six months of illness and injury, a struggling Nadal was clearly beginning to regain form and confidence now that he had his feet back on his beloved clay.

He had also stressed, before the tournament, that he had no pressure this week because he was not the favourite, for although he had the Buenos Aires title, he had yet be beat a top-12 player this year—indeed since he won his ninth Roland Garros title last June.

So this match had all the components of a thriller, underpinned by the fighting spirit of both protagonists.

In the early stages, however, it looked as though the 2hrs 33mins that Ferrer had taken to beat Gilles Simon at dusk the previous evening had taken their toll. His predicament was not helped by a 20-shot opening point on serve in a game that took him almost five minutes to hold.

Come the third, Nadal was already on a roll, and broke for 3-1, survived a break point in the sixth game, and broke again after a net-cord ball from Ferrer fell to his side. He did pull one break back, but Nadal served it out, 6-4, in 51 minutes.

It looked as though this would be a shorter and sweeter match than anticipated when Nadal raced out to 3-0 with two immediate breaks in the second set. But a time violation seemed to throw him and Ferrer broke back in the fourth. 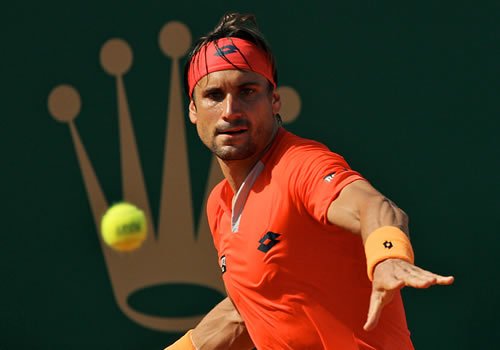 Ferrer stayed with Nadal all the way to 4-5, too, even though he needed treatment to a huge blister on his toe midway through. But even Ferrer’s biggest fans must have thought it was all over when Nadal stepped up to serve for the match. That, though, is to underestimate the 33-year-old’s competitive fire. Not only did Ferrer break back with one of his best forehand passes of the day, he creamed a couple of cross-court back-hands to hold, 6-5, and then threw everything he had at Nadal. By now, the rallies were long, high-quality affairs that had the crowds on their feet. Ferrer had one more trick up his sleeve, too, producing a stunning down-the-line pass to draw a fatal error and the break for the set, 7-5.

The aggressive Ferrer comeback seemed to shake Nadal, but it also spurred him into taking on the attack rather than letting Ferrer take control. Again Nadal broke straight away, and the life seemed gradually to drain from Ferrer’s legs after Nadal played a couple of killer drop shots.

Ferrer still fought off two break points in the fifth, and even forced a break-back point with some wide, testing angles, but Nadal had more energy, greater power, and was able to rise to the challenge. He broke once more and finally served out this gladiatorial battle, 6-2, after two and three-quarter hours.

This is one that will lift Nadal’s confidence to greater heights than he has enjoyed in a long time, but there will be one other man who enjoyed this tussle. Novak Djokovic has spent only an hour longer on court through the whole week than Nadal expended in this match—and was done dusted hours before.

So when it comes to energy and confidence, all the advantage seems to be with Djokovic—but it is always dangerous to underestimate the fighting spirit of one of clay’s all-time greats.