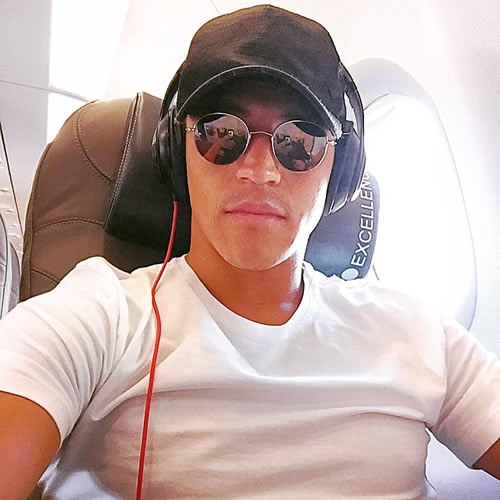 Alexis Sanchez appeared to be jetting off for a quick getaway on Monday morning as the Chilean uploaded a photo of himself on a plane after Arsenal’s draw with Chelsea on Sunday.

The 26-year-old played the full 90 minutes as Arsene Wenger’s men were held to a goalless draw by the Blues at Emirates Stadium.

Sanchez and his Gunners team-mates were unable to find the breakthrough as Jose Mourinho’s side earned a point to take a step closer towards winning their first Premier League title since 2010.

However, the former Barcelona man looked in good spirits on Monday morning as he uploaded the photo above onto his Instagram account and wrote: “Good morning … Buenos días”

Sanchez has been one of the Premier League’s standout performers since joining Arsenal in a £35m deal from Barcelona last summer.

The Chile international has scored 14 goals and made eight assists in 30 Premier League games so far this season.