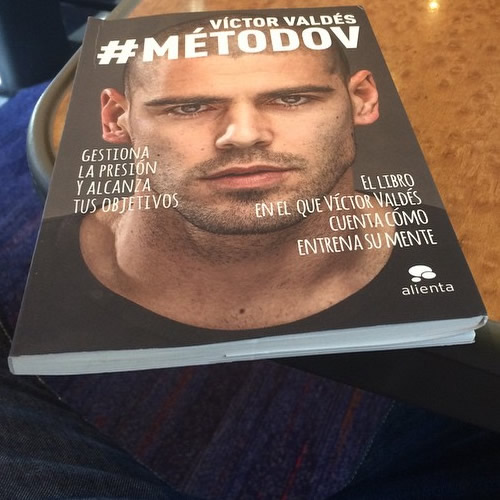 Ander Herrera took to social media on Tuesday afternoon to reveal that he is throughly enjoying Victor Valdes’ book #Metodov.

The Spanish goalkeeper released the self-help book last year. In it he explains how to “manage the pressure and reach your objectives” and “explains how he trains his mind”.

And Herrera is clearly enjoying reading the former Barcelona star’s book, if his post on Instagram is anything to go by.

Herrera shared the photo above on his Instagram account and wrote: “Good moment to keep reading this interesting book @vicvaldes1”

Valdes is yet to make a first-team appearance for Manchester United since his transfer to the Old Trafford club from Barcelona back in January.

Herrera, meanwhile, has been a regular fixture in United’s first-team since moving to the club from Athletic Bilbao last summer.

Herrera has scored five goals and made four assists in 21 Premier League games for United so far this season and was voted man-of-the-match as his two goals helped them beat Aston Villa at Old Trafford earlier this month.