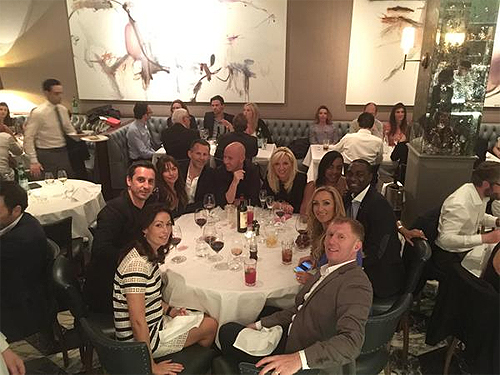 Louis van Gaal’s side suffered a 1-0 defeat by the Premier League leaders on Saturday evening after PFA player of the year nominee Eden Hazard scored a 39th-minute winner against the Red Devils.

However, it didn’t dampen the mood for the United legends who looked in fine form as they all brought along their better halves for a catch-up dinner.

Cole, who scored 93 goals in 195 top-flight appearances for United, posted the snap of his former team-mates on Twitter, with the quintet boasted a combined 43 Premier League winner’s medals.