Photo: Andy Murray all smiles after arriving in Munich 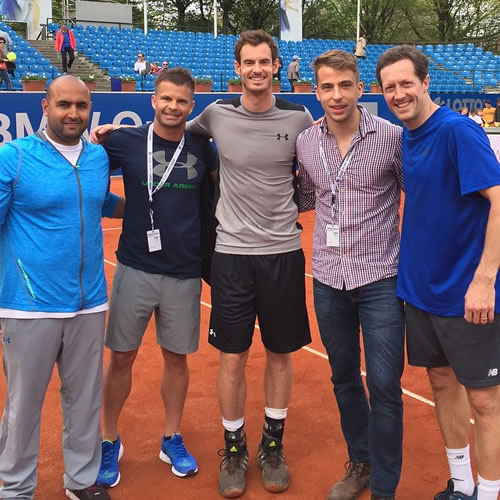 Andy Murray is competing at the BMW Open in Munich Photo: bjorkmantennis/Instagram

Andy Murray looked to be in good spirits as he posed for a picture with his coaching team ahead of this week’s BMW Open in Munich.

Murray, 27, is set to work with new coach Jonas Bjorkman for the first time this week after it was confirmed that the former world No1 would stay on his team until at least the end of the US Open.

The arrangement was initially a five-week trial and Bjorkman was quick to take to social media upon arriving in Germany with the Scot.

“After Wimbledon, providing everything is good, I’m going to spend the whole of the hard-court stretch through to the end of the US Open with Jonas,” said Murray.

“Then I’ll see what happens with Amelie because I don’t think she knows what her priorities are going to be and how she wants to deal with things so we’ll just see for a few months.”