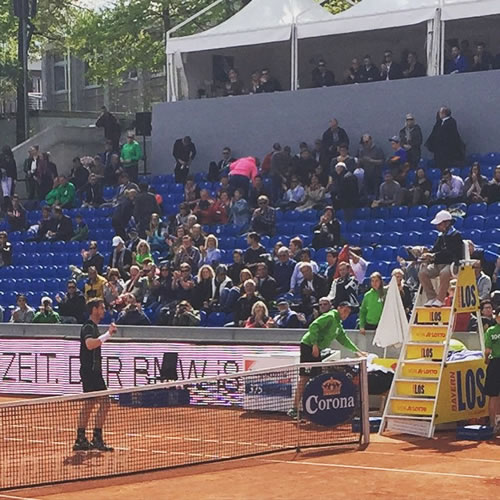 Bjorkman, who has joined Murray’s coaching set-up until the end of the US Open at least, posted the picture above on his Instagram account and wrote: “First win on the clay for @andymurray after a solid performance against Zverev winning in straight sets. #munich #bmwopen #teammurray”

Murray will now face Czech Lukas Rosol in round three as he looks to win his first ATP title on clay.