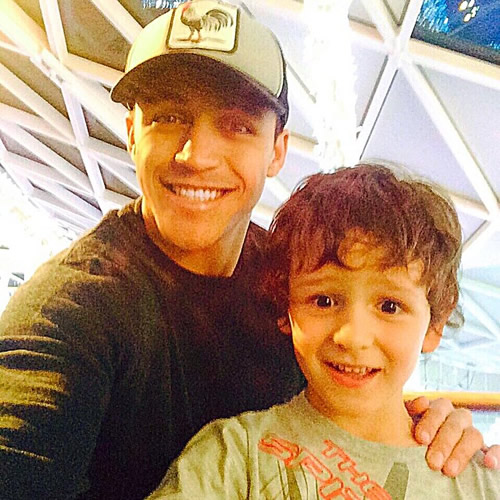 Alexis Sanchez was all smiles as he posed for a selfie with “friend” Ciro on Monday morning.

The Chilean played the full 90 minutes as he helped Arsenal seal a 1-0 win at Burnley on Saturday to stay second in the Premier League table heading into the final six games of the season.

And Sanchez looked to be in good spirits on Monday as he posted the picture above on his Instagram account and wrote: “Good morning with my friend Ciro.”

Sanchez has been in sensational form for Arsenal since his £35m transfer to Emirates Stadium from Barcelona last summer.

He has scored 14 goals and made eight assists in 29 Premier League games this term to help Arsene Wenger’s men continue their bid for Champions League qualification.

Sanchez will be expecting to feature when Arsenal take on Reading at Wembley on Saturday in their FA Cup semi-final clash.

The Gunners then take on Premier League leaders Chelsea at Emirates Stadium on 26 April.