Photo: Arsenal’s Alexis Sanchez soaks up the sunshine with his dogs

Alexis Sanchez made the most of the sunny weather in London on Tuesday... 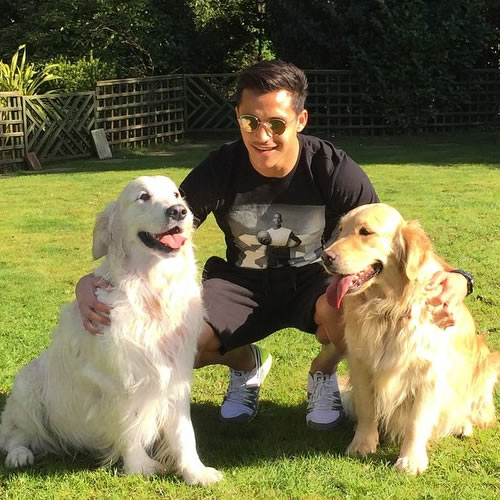 Alexis Sanchez made the most of the sunny weather in London on Tuesday as he posed for a picture with his two dogs in the afternoon.

The Arsenal playmaker is enjoying his first spring in the capital and looked in good spirits as temperatures topped 23 degrees Celsius in London.

Sanchez posted the picture above on his Instagram account and wrote: “Nice sunny day in London with my friends.”

The Chile international has been one of the Premier League’s standout performers since his £35m transfer to the north London club from Barcelona last summer.

The 26-year-old has scored 14 goals and made eight assists in 29 Premier League games this term to help Arsene Wenger’s men continue their bid for Champions League qualification.

He will be expecting to feature when Arsenal take on Reading at Wembley on Saturday in their FA Cup semi-final clash as they look to defend the title they won last season.

The Gunners then take on Premier League leaders Chelsea at Emirates Stadium on 26 April.

Martin Keown: Arsenal can compete with Chelsea for title next season