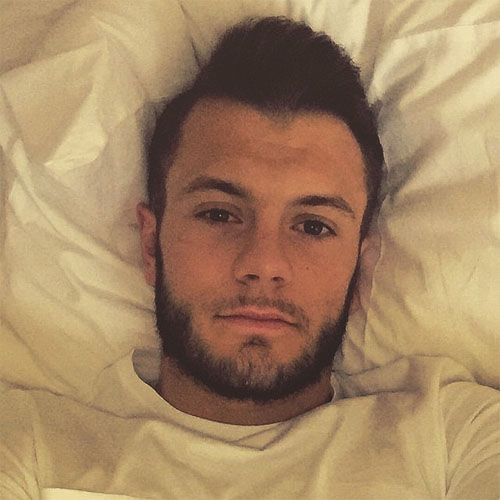 Jack Wilshere was pleased to get another Under-21 game under his belt as the Arsenal midfielder edged closer to a return to the first-team.

The England international played 88 minutes of their clash against Reading last night ahead of the north London side’s FA Cup semi-final on Saturday.

Wilshere, who played the full 90 minutes of an Under-21 clash against Stoke U21 last week, has been sidelined with an ankle injury since November.

The 23-year-old midfielder took to Instagram on Tuesday afternoon after the captain was unable to prevent a 1-0 defeat by the Royals.

Wilshere posted the above photo and wrote: “Thanks to all the fans that came to support me and the U21’s last night, shame about the result but good to get another game under my belt!!! Feeling it today”

Arsene Wenger’s side face Reading in the first FA Cup semi-final at Wembley on Saturday evening as the Gunners look to retain their trophy.

Wilshere hasn’t played for the Gunners since the midfielder injured his ankle in a 2-1 defeat by Manchester United at The Emirates in November.

Photo: Chelsea’s Oscar soaks up the London sunshine with his wife