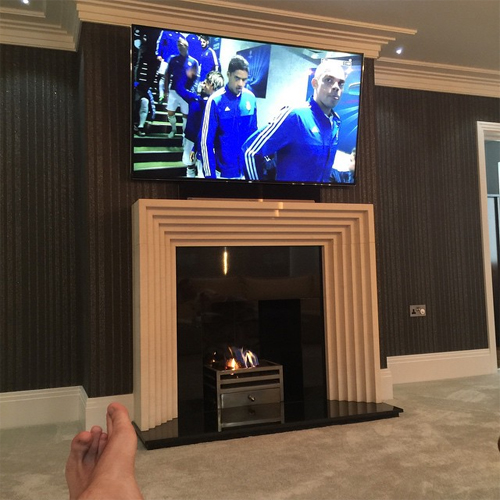 Jack Wilshere was keeping close tabs on the Champions League action on Wednesday night as the Arsenal midfielder put his feet up ahead of his return to the first-team.

The England international tuned into the Madrid derby which saw Real Madrid edge to a 1-0 aggregate victory over their bitter rivals courtesy of Javier Hernandez’s late winner.

Wilshere is on the comeback trail after the 23-year-old Gunners playmaker missed the best part of five months due to an ankle injury which required surgery earlier this year.

Wilshere uploaded the above snap and wrote the following caption: “Can’t beat a champions league night”

Wilshere hasn’t featured for the FA Cup finalists since a 2-1 defeat by Manchester United at The Emirates in November after he injured his ankle.

The England star has scored one goal and has made one assist in 12 appearances in all competitions for the Gunners this season.

MORE: Wilshere happy to get more game time under his belt

Wilshere’s only goal came in a 2-2 draw with Manchester City at The Emirates in September.