Photo: Arsenal’s Mesut Ozil heads out into the London sun 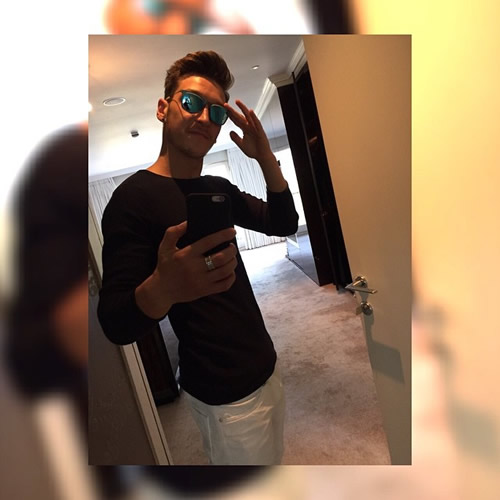 Mesut Ozil was gearing up for a day out in the London sunshine on Sunday morning after helping Arsenal stay second in the Premier League table thanks to a 1-0 win at Burnley on Saturday.

The victory moved Arsenal to within four points of Premier League leaders Chelsea, who take on Queens Park Rangers at Loftus Road on Sunday.

And Ozil stated his intention to enjoy the London sunshine on Sunday morning as he posted the selfie above on his Instagram account.

Ozil shared the photo and wrote: “Suns out… I am out… #ozil #özil #london”

The 26-year-old has been in good form for Arsenal in recent weeks, having scored four goals and made five assists in 16 Premier League games this term.

He will be expecting to feature when Arsenal take on Reading in the semi-finals of the FA Cup on Saturday.