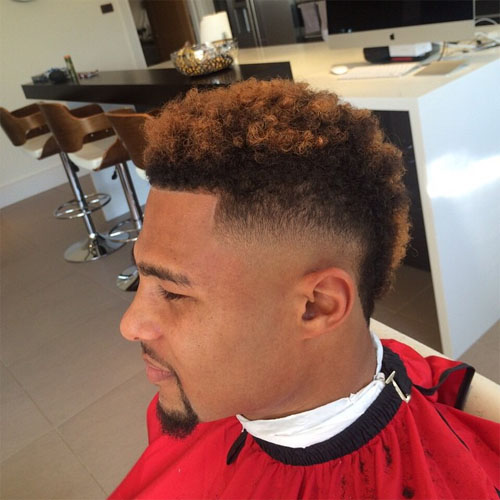 Serge Gnabry is doing his utmost to ensure that he is ready for Saturday’s FA Cup semi-final, at least when it comes to the Arsenal forward’s hair.

The German youngster is unlikely to feature against Reading in the first last-four clash of the weekend despite continuing his comeback from a knee injury with an appearance for the Under-21 side against the Royals at Emirates Stadium earlier this week.

Of course, the FA Cup gives players the chance to show off their often interesting taste in style – who can forget Liverpool’s famous cream coloured Armani suits from the 1996 final?

And Gnaby, who presumably will be in the stands for the cup clash if he isn’t handed a place on the bench, will certainly be looking sharp with his new haircut and highlights.

The 20-year-old proudly uploaded the above snap on Instagram and wrote the following caption: “S/o to @iam_nikky for getting my hair right”

The young German hasn’t featured for the north London side since their clash against Bundesliga champions Bayern Munich in the Champions League in March 2014.

Gnabry’s impressive form during the 2013-14 campaign earned the midfielder a new five-year Arsenal deal, keeping the forward at The Emirates until 2019.