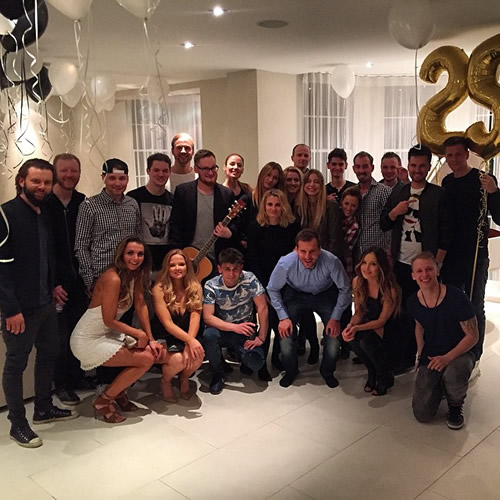 Wojciech Szczesny had more than one reason to celebrate on Saturday.

The Arsenal goalkeeper played the full 120 minutes as the Gunners battled past a resilient Reading side at Wembley to reach the FA Cup final.

And the Polish shot-stopper also celebrated his 25th birthday on the same day.

After helping the Gunners set up an FA Cup final clash with Aston Villa next month, Szczesny was treated to a surprise birthday party by his singer/songwriter girlfriend Marina Luczenko.

The 25-year-old was clearly touched by the event and posted his thanks to his partner on Instagram on Monday afternoon.

Szczesny shared the picture above on his Instagram account and wrote: “Best birthday party ever! Thanks to @marina_official and @aigorek for an amazing surprise!”

The goalkeeper has found his first-team opportunities at Arsenal limited this season after falling out of favour under Arsene Wenger.

He has made 17 Premier League starts for Arsenal this season but has not featured in the top flight since the 2-0 loss to Southampton on New Year’s Day.