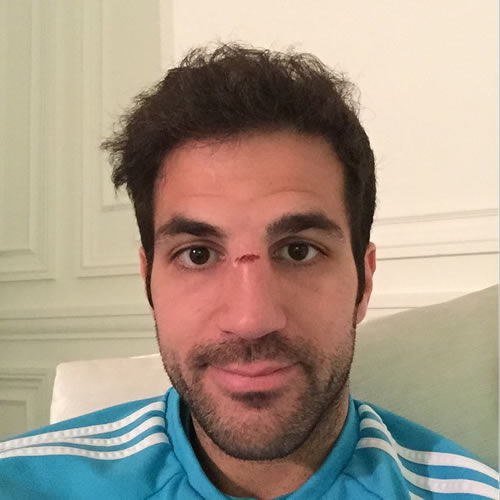 Cesc Fabregas was in the wars as Chelsea stretched their lead at the top of the Premier League table to seven points thanks to a 2-1 win over Stoke City on Saturday.

The Spaniard suffered a cut to his nose as Jose Mourinho’s men won at Stamford Bridge to keep their bid for their first title since 2010 on track.

Fabregas, who played the full 90 minutes against the Potters in west London, posted the picture above on his Instagram account and wrote: “At least i might be able to fix my nose after all…. Good win today!”

Chelsea took the lead when Eden Hazard converted a penalty in the 39th minute Cesc Fabregas had been tripped in the box.

Stoke equalised on the stroke of half-time when Charlie Adam scored from his own half with a sensational strike.

However, Loic Remy netted Chelsea’s winner in the 62nd minute after an error from keeper Asmir Begovic.

Chelsea’s next game is a Premier League clash with Queens Park Rangers next Sunday.