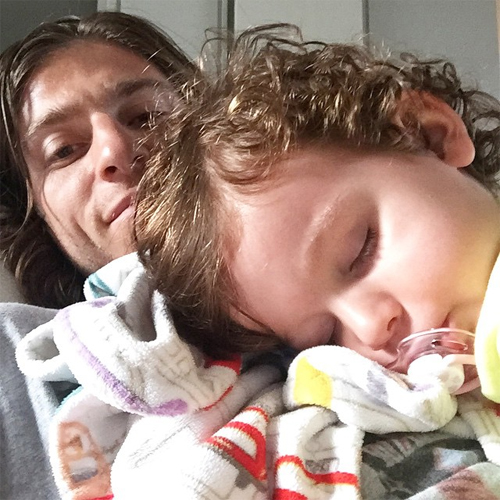 Filipe Luis melted hearts on Instagram on Friday night after the Chelsea defender uploaded a cute selfie with his sleeping son.

The Brazil defender has become a firm favourite with Blues supporters, particularly for his entertaining social media posts since his move to Stamford Bridge last summer.

Filipe Luis could feature against Arsenal at Emirates Stadium on Sunday afternoon as Jose Mourinho’s side look to move 13 points clear at the top of the Premier League table.

And the left-back was certainly enjoying some down time with his eldest child, Thiago, as uploaded a snap of the pair relaxing together on Friday night.

Presumably, Thiago will have something to say about his father’s embarrassing snap in years to come.

However, the 29-year-old defender has started just seven Premier League games this season.

Arsene Wenger: Why I don’t regret not bringing Eden Hazard to Arsenal