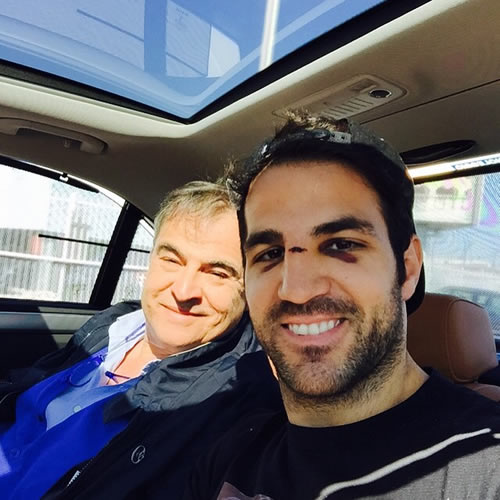 Cesc Fabregas jetted off to Italy on Tuesday afternoon after playing his part in helping Chelsea stretch their lead at the top of the Premier League table.

Fabregas suffered a nasty cut to his nose after a collision with Charlie Adam during the Premier League encounter on Saturday.

And the 27-year-old took to social media on Tuesday to reveal that he was heading to Italy, reportedly to be fitted with a protective mask following his facial injury.

Fabregas has been in good form for Chelsea since his £27m transfer to the west London club from Barcelona last summer.

MORE: Fabregas shows off nasty cut to his nose

The former Arsenal captain has scored two goals and made 16 assists in 27 Premier League games.

He will be hoping to feature when Chelsea travel to Queens Park Rangers in their next game on Sunday.

Mathieu Debuchy: It’s been tough for me at Arsenal this season

Chelsea legend: Why Eden Hazard must win player of the year award