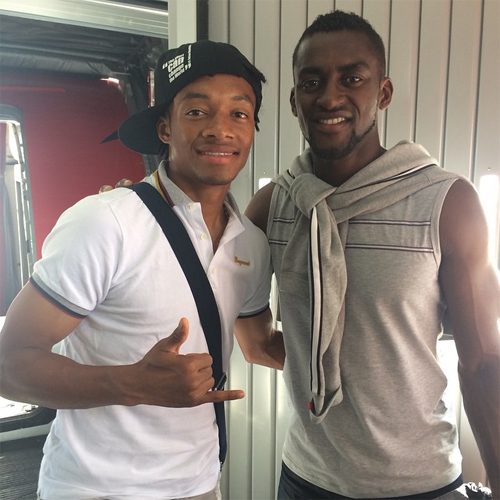 Juan Cuadrado has welcomed Manchester United target Jackson Martinez to Instagram amid reports the Porto striker could follow the Chelsea midfielder to the Premier League.

The Colombia striker has edged onto the English top-flight’s radar in recent weeks after having been linked with English quartet Arsenal, Liverpool, Manchester United and Tottenham Hotspur.

Cuadrado completed a £25.4m move to Chelsea from Fiorentina in the January transfer window, although the playmaker has made just six brief appearances for the west London club.

The Blues signing uploaded a snap of the Porto striker to his Instagram page on Sunday night, heaping praise on his compatriot ahead of a potential move to England.

Cuadrado posted the above photo and wrote on Instagram: “Welcome to Instagram my brother complete admiration for player @j.martinezofficial”

The 28-year-old Colombia striker has scored 28 goals in 37 appearances in all competitions for Porto this season.

Martinez has netted 63 times in 85 league games since the South American’s move to Porto from Mexican side Chiapas in 2012.