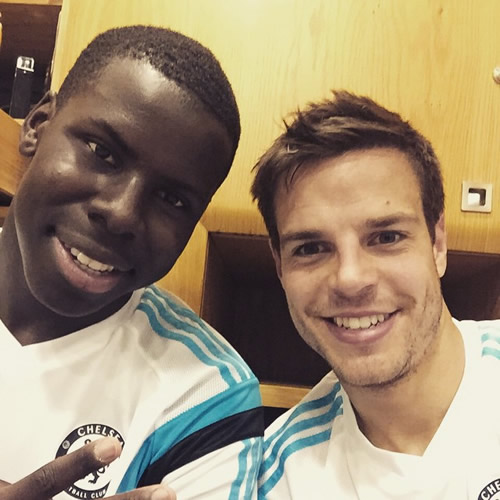 Cesar Azpilicueta and Kurt Zouma were all smiles after training on Thursday afternoon as Chelsea prepared to resume their Premier League title bid.

The Blues host Stoke City at Stamford Bridge on Saturday evening as they look to maintain their six-point lead at the top of the top-flight table.

Jose Mourinho’s men snatched a 3-2 win at Hull City in their most recent Premier League outing as they continued their march towards their first top-flight title since 2010.

The Blues are in confident and positive spirits heading into Saturday’s clash, if Azpilicueta and Zouma’s photo is anything to go by.

The Chelsea full-back posted the picture above on his Instagram account and wrote: “Training done! Zoum zoum!”

Azpilicueta, 25, has been a regular fixture in Mourinho’s first team this season.

The Spain international has started 22 Premier League games for the west London outfit to help them top the table.