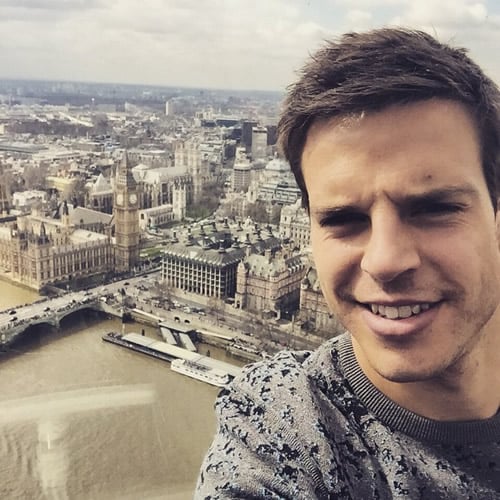 Cesar Azpilicueta enjoyed some well earned downtime on Sunday afternoon as he snapped a selfie on top of the London Eye.

The defender played the full 90 minutes as Chelsea stretched their lead at the top of the Premier League table to seven points with a 2-1 win over Stoke City at Stamford Bridge on Saturday evening.

And the Spaniard spent Easter Sunday at one of the capital’s most famous landmarks.

Azpilicueta has been a regular fixture in Chelsea’s first-team this season to help them top the Premier League table.

He has made three assists in 23 Premier League games for Jose Mourinho’s men so far this season.

Chelsea take on Queens Park Rangers at Loftus Road in their next Premier League game on Sunday afternoon.

Goals from Eden Hazard and Loic Remy handed Chelsea victory over Stoke as the edged closer towards their first league title since 2010.