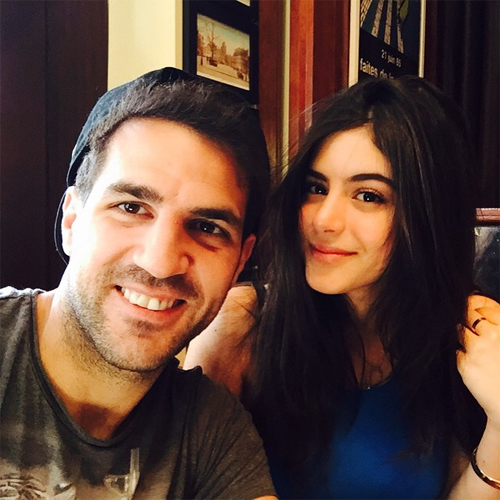 Cesc Fabregas has more time on his hands during the week following Chelsea’s Champions League exit, and the midfielder enjoyed a spot of lunch with his step daughter Maria on Wednesday afternoon.

The Blues playmaker made a vital contribution in Sunday’s west London derby after the Spain international scored a last-gasp equaliser to seal a 1-0 victory over Queens Park Rangers.

Chelsea aren’t in action in Europe this week after Ligue 1 champions Paris Saint-Germain were aggregate winners after a dramatic second leg at Stamford Bridge last month.

But Fabregas, who sealed a return to the Premier League following a three-year stay at Camp Nou, uploaded a snap with his wife’s daughter from her previous marriage on his Instagram page.

Fabregas has scored three goals and has made 16 assists in 28 Premier League appearances this season following his £32m move to Chelsea from Barcelona last July.

The Blues face in-form Manchester United in their next Premier League game at Stamford Bridge on Saturday evening.