Photo: Chelsea’s Oscar soaks up the London sunshine with his wife

Oscar and his wife Ludmila made the most of the London sunshine on Tuesday afternoon... 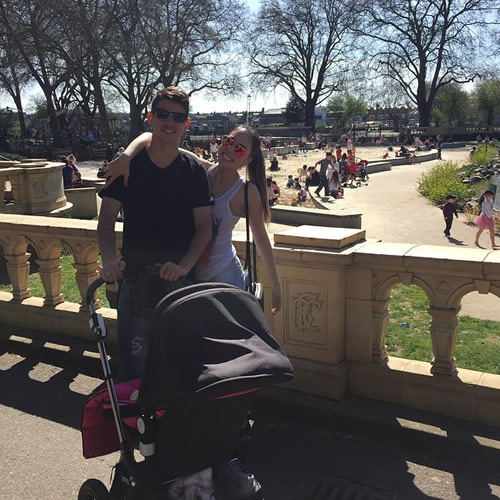 Oscar and his wife Ludmila in the London sunshine Photo: Oscar/Instagram

Oscar looked to be in good spirits as he and his wife Ludmila enjoyed a stroll in the London sunshine on Tuesday afternoon.

Temperatures in the sunny capital topped 24 degrees Celsius and the Chelsea playmaker was keen to make the most of the spring weather.

He was photographed in a park with his other half and their daughter Julia – and they both looked the picture of happiness.

The Chelsea midfielder was a second-half substitute at Loftus Road as the Blues beat Queens Park Rangers 1-0 to keep their seven-point lead over second-placed Arsenal on Sunday.

Oscar has been a key part of the west London club’s title challenge this season, having scored six goals and made seven assists in 26 Premier League games for Jose Mourinho’s men.

Chelsea’s next game is a home clash with Manchester United at Stamford Bridge on Saturday afternoon.

The Blues need 11 points from their remaining seven games to wrap up their first Premier League title triumph since 2010.