Filipe Luis is never one to miss the chance for a selfie... 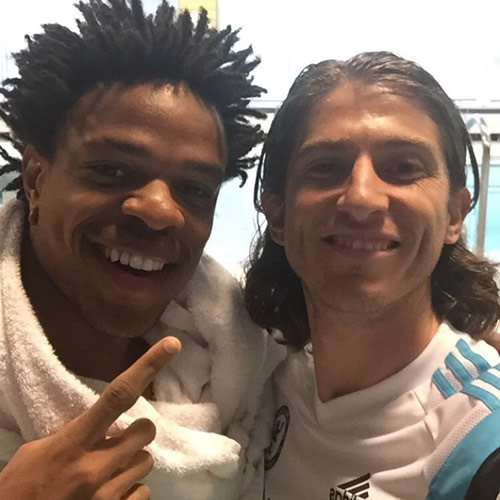 Filipe Luis is never one to miss the chance for a selfie, and the Brazilian defender jumped at the opportunity to snap a photo with Loic Remy after Chelsea training on Thursday.

Jose Mourinho’s Chelsea squad were put through their paces at the Blues’ Cobham training base on Thursday as they gear up for their crunch Premier League clash with Manchester United at Stamford Bridge.

Luis and Remy looked in particularly good spirits as the Blues prepare to take on the Red Devils.

Chelsea head into Saturday’s clash with United seven points clear at the top of the Premier league table as they look to win their first top-flight title since 2010.

Remy has been in decent form for Chelsea this season since his transfer to the west London club from Queens Park Rangers last summer. The Frenchman has scored five goals in 16 Premier League games for the Blues.

Alan Smith: Why Arsenal must compete for title next season