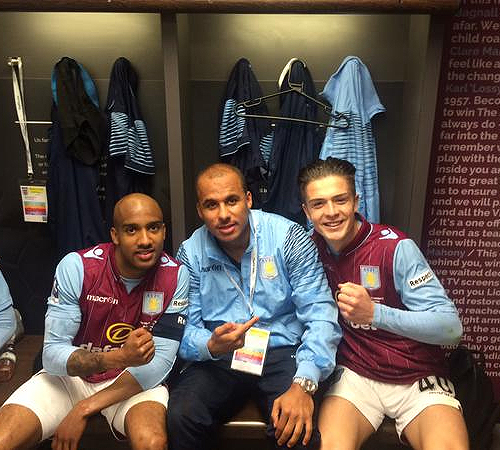 Jack Grealish revelled in the “best feeling” of his life after the Aston Villa youngster played his part in a 2-1 victory over Liverpool in the FA Cup semi-final at Wembley.

The Republic of Ireland Under-21 international was instrumental in Tim Sherwood’s midfield as Villa managed to overturn a 1-0 deficit to set up a clash against Arsenal in the final.

And Grealish joined club captain Gabriel Agbonlahor and man-of-the-match Fabian Delph for a dressing room photo in the aftermath of their historic victory over the seven-time winners.

Grealish wrote on Twitter: “Best feeling off my life!! So happy for all the fans!! What a game, can’t even express how much this means to me”

The Reds broke the deadlock in the first half after Philippe Coutinho finished past Shay Given from close range at Wembley.

However, Villa were level inside six minutes after Christian Benteke slotted a finish past Simon Mignolet following excellent play from Grealish and Delph.

The Villa captain proved the match-winner in the second half after Grealish teed up Delph, who guided his finish past the Liverpool goalkeeper.