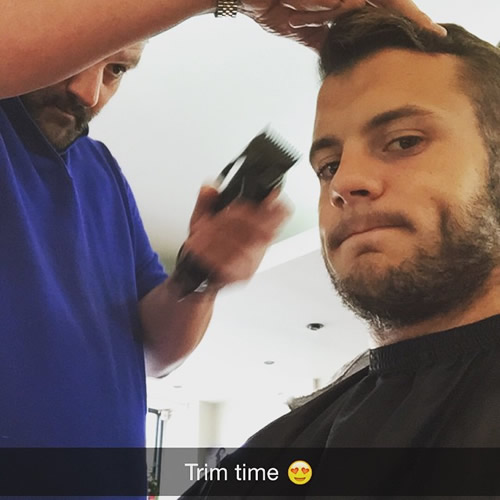 Jack Wilshere took to social media on Thursday afternoon to share a picture of himself mid-haircut as he and his Arsenal team-mates prepare for Monday’s trip to Hull City in the Premier League.

The midfielder has endured an injury-hit season with the north London club and has only just returned to full fitness after a lengthy lay-off following ankle surgery.

However, Wilshere could be set to feature for the Gunners when Arsene Wenger’s men travel to the KC Stadium next week.

And the 23-year-old took the time to update his followers on his latest trim.

The Gunners head to the KC Stadium early next week looking to keep up their fine run of form in the English top flight and close in on securing qualification for next season’s Champions League.

Arsenal are currently third in the Premier League table but can move above second-placed Manchester City if they win their game in hand.