Juan Mata looks to be in good spirits ahead of Manchester United's clash with Chelsea on Saturday... 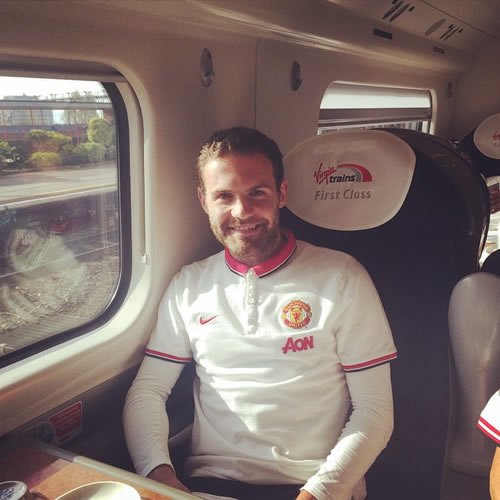 Juan Mata looked to be in good spirits as Manchester United travelled down to London by train on Friday evening.

The Red Devils take on Chelsea at Stamford Bridge on Saturday afternoon as they look to continue their recent fine form in the Premier League.

Mata has been in fine form for Louis van Gaal’s side so far this season and scored United’s third goal as the Red Devils sealed a thumping 4-2 win over local rivals Manchester City at Old Trafford on Sunday.

And the Spanish playmaker is clearly looking forward to coming up against his former club on Saturday.

Mata posted the picture above on his Instagram account and wrote: “I got back to London a few times, but this one it’s different… Big game, lots of memories, great day of football! #CFC vs #MUFC”

Mata has scored eight goals and made four assists in 27 Premier League games for Van Gaal’s men so far this season.

The Red Devils are currently third in the table and just a point behind second-placed Arsenal heading into Saturday’s clash at Stamford Bridge.