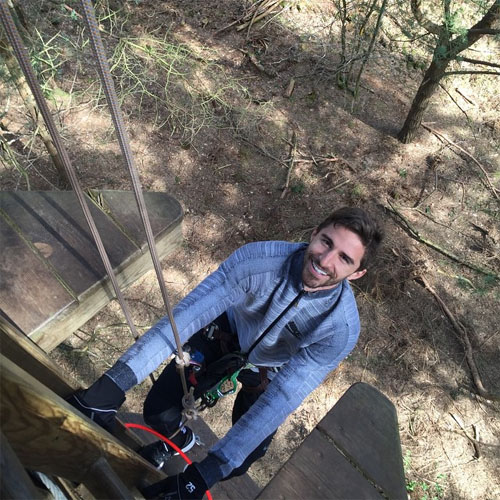 Fabio Borini had energy to burn after a brief cameo in a 2-0 victory over Newcastle United on Monday night, and the Liverpool striker enjoyed a spot of tree climbing on his day off.

The Reds forward made the trip to Delamere Forest Park on Tuesday afternoon to work his core muscles as the Italy international donned a harness and afforded himself the chance to ‘Go Ape’.

Liverpool manager Brendan Rodgers may have a few safety concerns particularly with Mario Balotelli and Daniel Sturridge struggling with injury ahead of their FA Cup semi-final on Sunday.

But Borini appeared to enjoy the experience after he posted the above photo and wrote: “Sunny day off in Delamere forest! ‘Go Ape’!! It’s good having friends around!”

Liverpool were 2-0 winners against 10-man Newcastle at Anfield courtesy of goals from England international Raheem Sterling and midfielder Joe Allen.

The Reds manager is looking to win the first piece of silverware in his three-year reign at Anfield ahead of Liverpool’s clash against Aston Villa at Wembley.