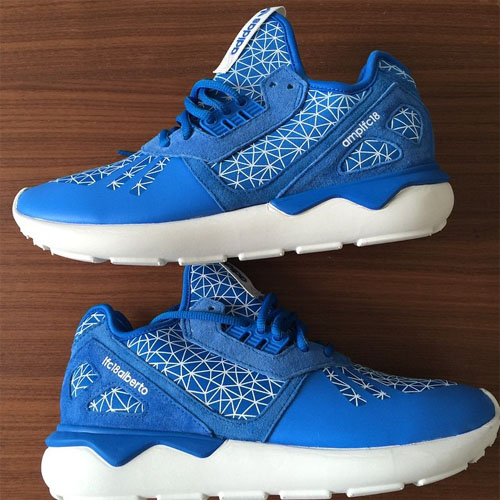 Alberto Moreno made a schoolboy error on his Instagram page on Thursday afternoon.

The Liverpool defender, who moved Anfield in a £12m deal from Sevilla last summer, was showing off his new blue Adidas trainers on the photo-sharing app.

Unsurprisingly, considering Liverpool’s rivalry with their bitter city rivals, some Reds fans questioned Moreno’s decision to get the shoes in Everton blue.

Moreno posted the above snap and wrote on Instagram: “My news shoes. INCREDIBLE @adidasoriginals @adidasuk Thanks”

A couple of Liverpool supporters were quick to leave comments, some complimented the design of the shoe, whilst others questioned the colour.

Wayne Creswell said: “@amplfc18 nice but they would be better in red”

The 22-year-old defender has scored two goals in 26 Premier League appearances this season for the Merseyside club.

Moreno has played a further 13 games in cup competitions for the 18-time English champions, impressing at left wing-back.

Moreno helped La Liga side Sevilla in the Europa League last season before he completed a switch to the five-time European champions.