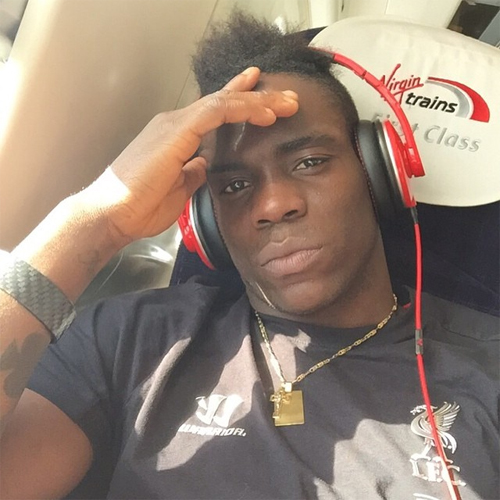 Mario Balotelli has taken to Instagram to express his excitement for Liverpool’s FA Cup semi-final against AstoN Villa on Sunday.

The Italy international will be hoping to secure a place in Brendan Rodgers’ match-day squad after the 24-year-old striker missed their 2-0 win against Newcastle United through illness.

However, Balotelli, who moved to Liverpool in a £16m deal from AC Milan last summer, travelled with the rest of the Reds squad to the English capital on Saturday afternoon.

Balotelli uploaded the above selfie and wrote: “Travel to london. Can’t wait for tomorrow! come on Liverpool ! #iamthe45”

Balotelli has scored four goals in 20 appearances in all competitions this season, although the former Inter Milan forward has only netted once in the Premier League.

The Liverpool striker has previously won the competition with Manchester City after the Citizens edged to a 1-0 victory over Stoke City at Wembley in 2011.

The Reds haven’t won the FA Cup since a penalty shootout victory over West Ham United at Millennium Stadium in 2006.

John Terry: Why Chelsea were happy to see Wayne Rooney in midfield