Pasta was on the menu for Mario Balotelli on Easter Sunday... 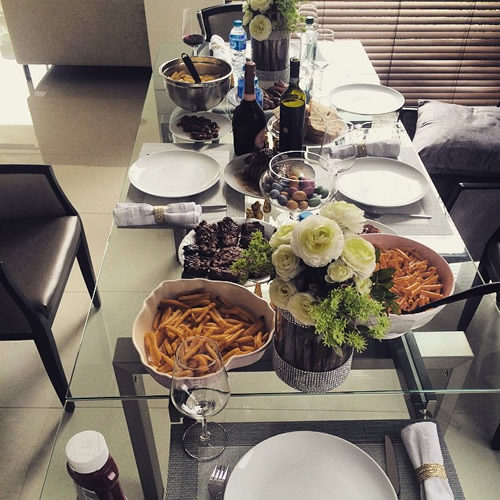 Mario Balotelli enjoyed an Italian-style Easter lunch on Sunday after sitting out Liverpool’s 4-1 loss to Arsenal due to a knee injury.

The striker did not travel to north London with his team-mates as Brendan Rodgers’ side suffered a potentially critical blow to their hopes of Champions League qualification.

However, the Italy international was clearly determined to keep himself in high spirits, as he prepared to enjoy lunch with his loved ones on Sunday afternoon, with pasta the main dish on the menu.

Liverpool return to action when they face Blackburn Rovers in their FA Cup quarter-final replay on Wednesday night.

Saturday’s loss to Arsenal left them nine points behind the Gunners heading into the final seven games of the Premier League season.

Balotelli, 24, has scored just one Premier League goal in 14 games so far this season.