Photo: Liverpool’s Mario Balotelli eyes up cardboard cut-out – of himself 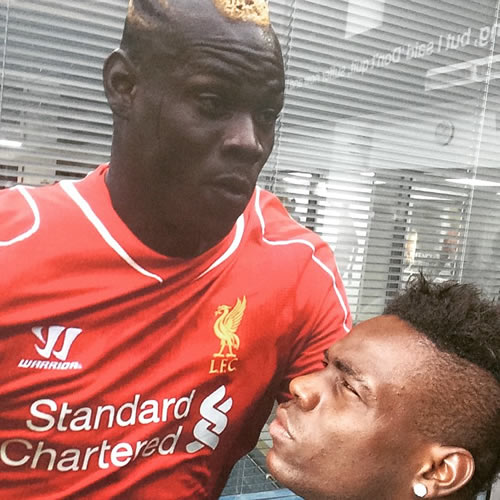 Mario Balotelli is focusing only on himself as the Liverpool striker bids to return to action ahead of Wednesday’s FA Cup quarter-final replay at Blackburn Rovers.

The Italy forward sat out Saturday’s 4-1 defeat by Arsenal at Emirates Stadium due to a knee injury but could return for this week’s cup clash.

And Balotelli is clearly only worrying about himself, if his post on social media on Monday afternoon is anything to go by.

The forward shared the picture above of himself eyeing up a cardboard cut-out of the forward on his Instagram account.

And Balotelli wrote: “We know … We know… We ❤️Liverpool”

Balotelli has found his first-team opportunities at Liverpool limited this season and has failed to produce consistent performances for Brendan Rodgers’ men.

The striker has only managed to score one goal in 14 Premier League games for the Merseyside outfit since his £16m transfer from AC Milan last summer.