Photo: Liverpool’s Mario Balotelli heads to the cinema after draw 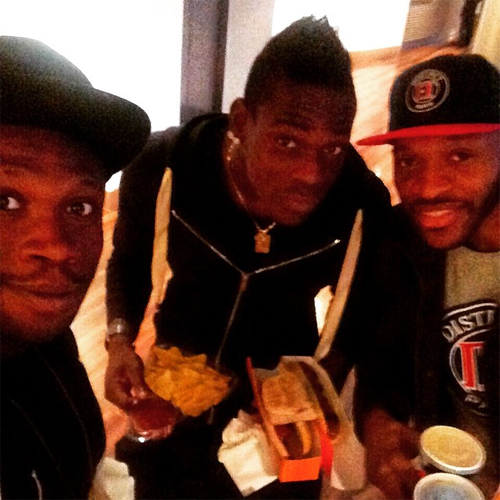 Mario Balotelli took his mind of a disappointing stalemate with West Bromwich Albion with a trip to the cinema on Saturday night.

The Italy international was handed just his ninth Premier League start of the season in the absence of injured Daniel Sturridge.

However, Liverpool couldn’t break the deadlock despite registering 22 attempts on West Brom’s goal and enjoying 74 per cent possession.

And Super Mario joined two friends for a trip to the movies, presumably to draw inspiration from the super heroes in the latest Avengers movie.

Balotelli posted the above photo and wrote: “Cinema…

The Liverpool man managed to add to his goal tally in the Champions League, Europa League and League Cup.

The Italy striker has been linked with a return to Serie A in the summer less than 12 months after his £16m move to Anfield.