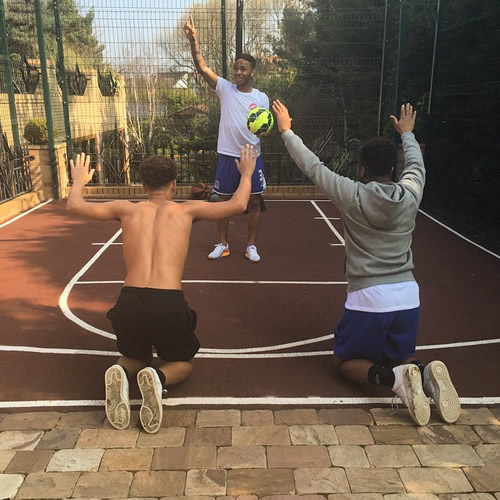 Raheem Sterling made the most of the Merseyside sunshine on Thursday afternoon as he relaxed with some friends after helping Liverpool reach the semi-finals of the FA Cup.

Sterling looked in good spirits after playing a game of two-touch football with his friends, as he posted the picture above on his Instagram account.

The 20-year-old shared the picture and wrote: “Nice day today with the boys 2 touch king #BowDown”

Sterling’s future continues to be a relentless source of speculation. The winger has been heavily linked with a transfer away from Liverpool after he rejected the offer of a new contract from the club believed to be worth around £100,000 a week.

Arsenal and Real Madrid have been touted as possible destinations for the winger should he quit Anfield.

He will be expecting to feature when Liverpool take on Newcastle United at Anfield on Monday night in their next top-flight game.