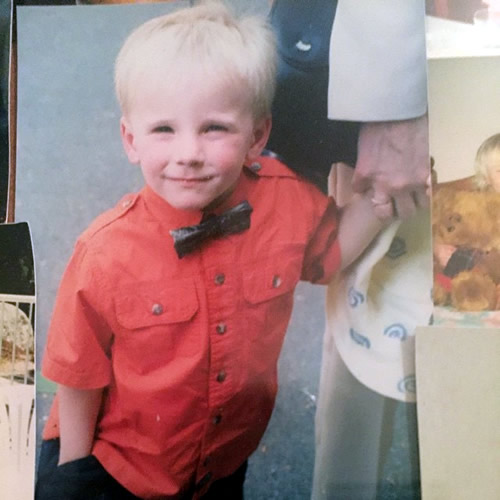 Luke Shaw took to social media on Thursday afternoon to share a picture of himself attending his parents’ wedding as a young child.

The left-back, who joined United from Southampton last summer, shared the picture on the photo-sharing app and wrote: “#TBT looking smart for my mum and dad’s wedding”

The England international has struggled to find consistent form for Louis van Gaal’s side so far this season and has been limited to just 13 starts in the Premier League due to form and fitness issues.

Shaw was in impressive form against Chelsea last weekend, however, as the left-back played 80 minutes of United’s 1-0 loss to the Blues at Stamford Bridge.

He will be hoping to feature when United return to Premier League action with a trip to Everton on Sunday. The Red Devils are currently third in the table heading into the final five games of the season.