Photo: Man United’s Ander Herrera puts his feet up in the sunshine 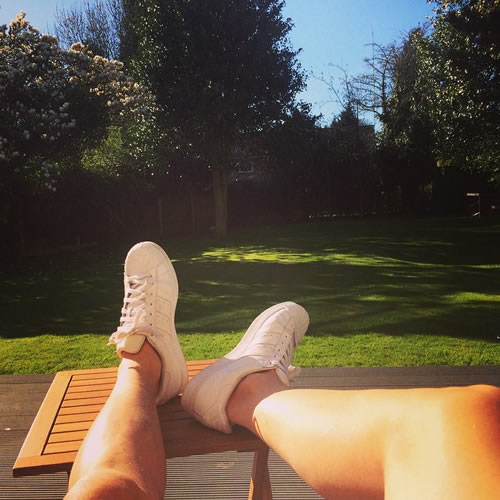 Ander Herrera enjoyed some well-earned downtime on Tuesday afternoon as he put his feet up in the Manchester sunshine.

The Manchester United midfielder has been in fine form for the Red Devils in recent weeks and played the full 90 minutes as Louis van Gaal’s men sealed a thumping 4-2 win over Manchester City at Old Trafford on Sunday.

Herrera, who joined United from Athletic Bilbao last summer, has scored two goals and made one assist in his last three games for the Red Devils.

And the midfielder looked to be enjoying himself as he made the most of some sunny spring weather on Tuesday.

Herrera will be hoping to feature when the Red Devils take on Chelsea at Stamford Bridge on Saturday.