Daley Blind enjoyed a ride on two wheels in the Manchester sunshine on Thursday... 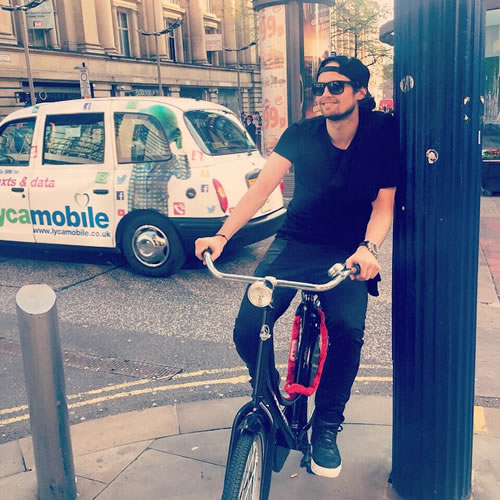 Daley Blind was all smiles as he posed for a picture on his bike after having it sent over from the Netherlands in time for the Spring.

The Manchester United man looked delighted to be on two wheels on Thursday afternoon as temperatures soared across the country.

Blind posted the picture above onto his Instagram account and wrote: “My bike from Amsterdam arrived at the right time.”

The Netherlands international and his United team-mates are gearing up for Sunday’s crunch Manchester derby clash with City at Old Trafford.

Blind played the full 90 minutes and notched up an assist as United ran out 3-1 winners over Aston Villa last weekend.

The 25-year-old has made 19 Premier League appearances and scored two goals for Louis van Gaal’s men since his transfer to Old Trafford from Ajax last summer.

United head into Sunday’s derby in third place in the Premier League table and a point ahead of their local rivals, who slumped to a 2-1 loss to Crystal Palace in their latest game.