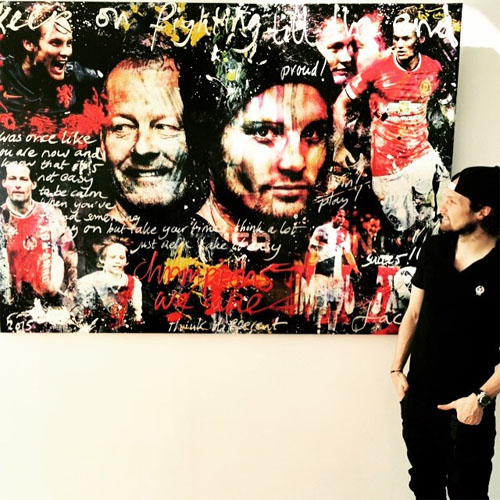 What do you get a Premier League footballer for his birthday?

Manchester United midfielder Daley Blind can afford most of life’s lavish luxuries as one of the best-paid players at Old Trafford.

But his parents came up trumps with their belated 25th birthday present for the midfielder, who was left feeling inspired by their touching gift.

Blind showed off his new artwork which is a montage of images of his father Danny during his playing days and the 24-year-old midfielder kitted out in Ajax, Dutch and United colours.

Blind wrote on Instagram: “My late birthday gift just arrived! But it was worth waiting for! Amazing! Thanks mom & dad!! #inspiration”

The Netherlands international was injured for United’s 1-0 defeat by Premier League leaders Chelsea at Stamford Bridge on Saturday evening.

Blind has scored two goals and has made two assists in 20 Premier League appearances for United this season after his £16m move from Ajax following last summer’s World Cup.