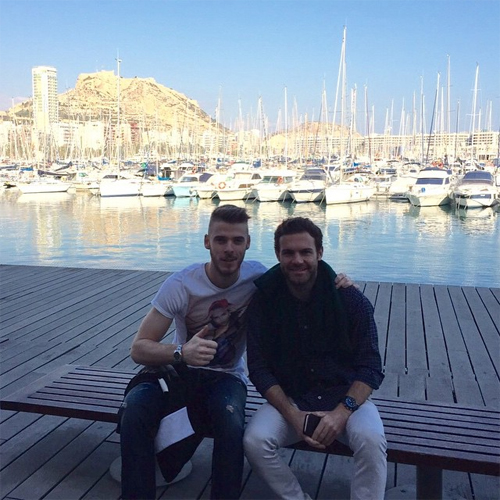 David De Gea has certainly scooped the award for most original birthday message after the Manchester United goalkeeper paid tribute to his team-mate Juan Mata.

The Red Devils playmaker turned 27 on Tuesday just two days after Louis van Gaal’s side were humbled at Goodison Park following a 3-0 defeat by Everton.

De Gea and Mata appear to have become firm friends since the World Cup winner’s £37.1m move to Old Trafford from their bitter rivals Chelsea in January 2014.

But the former Atletico Madrid shot stopper revealed that Mata has taken on many roles in the goalkeeper’s life since his switch to the 20-time English champions.

De Gea posted the above photo and wrote: “Team-mate, neighbour, personal driver, cook… You are many things, but especially a friend! Happy birthday @juanmatagarcia!”

The former Valencia winger has netted 15 times in 44 games in all competitions since his big-money transfer to the 20-time English champions.

Danny Welbeck: Why I was right to leave Man United for Arsenal