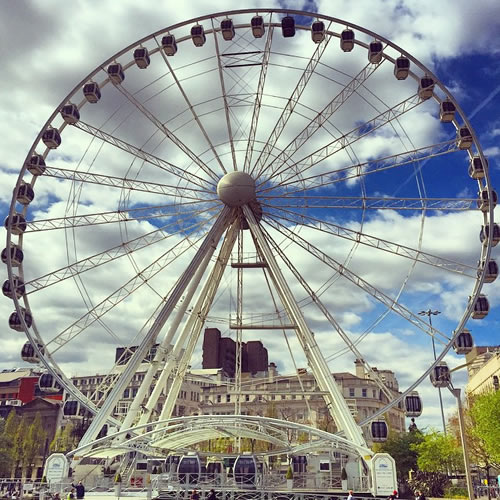 Juan Mata enjoyed some well-earned downtime on Wednesday afternoon as he had a stroll through Manchester.

The Spanish playmaker has been in fine form for the Red Devils in recent weeks but was unable to prevent Louis van Gaal’s side from slipping to a disappointing 1-0 defeat by Chelsea at Stamford Bridge on Sunday afternoon.

Mata posted the picture above of The Wheel of Manchester on his Instagram account on Wednesday afternoon and wrote: “The Wheel of #Manchester.”

The 26-year-old has been a regular fixture in Van Gaal’s first-team this season. He has scored eight goals and made four assists in 28 Premier League games for the Red Devils so far this term and played 70 minutes of the loss to Chelsea at the weekend.

Mata will be hoping to feature when United return to Premier League action when they travel to Everton on Sunday afternoon.

The Red Devils are currently third in the Premier League table.