Radamel Falcao caught up with Jonas Gutierrez on Thursday night 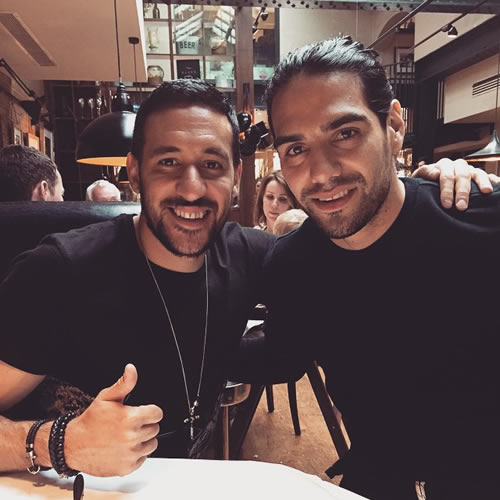 Radamal Falcao took to social media to pay tribute to Jonas Gutierrez after catching up with the Newcastle United man on Thursday evening.

Gutierrez made his fifth appearance since returning to action for Newcastle on Monday night at Liverpool after having undergone successful treatment for testicular cancer.

The Argentinian defender made his first start for the Magpies in almost two years when he faced Sunderland earlier this month.

And Manchester United forward Falcao was thrilled to spend some time with the 31-year-old as the Red Devils prepare for Saturday’s trip to Chelsea.

Falcao posted the picture above of the duo on his Instagram account and wrote: “It was a pleasure to spend time with @elgalgojonas ,a great example of bravery and a great person.”

Falcao has scored four goals and made four assists in 21 Premier League games for United this season since joining on loan from Monaco last summer.

He will be hoping to play a part when Louis van Gaal’s men travel to Stamford Bridge to face the Premier League leaders on Saturday.