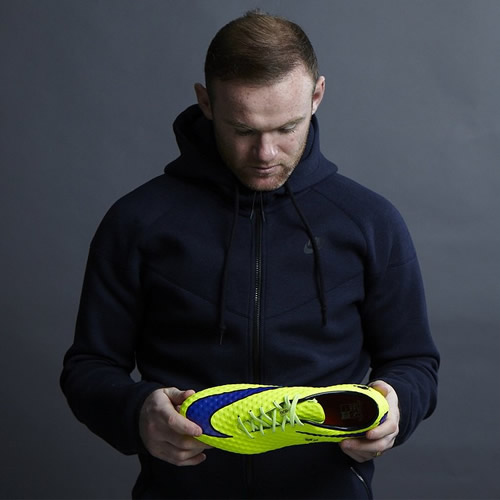 Wayne Rooney took to social media on Thursday afternoon to show off his latest pair of boots ahead of Manchester United’s Premier League clash with Aston Villa on Saturday.

The Red Devils host the Villains at Old Trafford as they look to consolidate their place in the Premier League’s top four following their impressive 2-1 win at Liverpool in their most recent outing.

Rooney posted the picture above of himself and his new footwear and wrote: “Just got my new #Hypervenom. Looking forward to giving these a run out on the pitch, some big games coming up. Thanks @nikefootball.”

The England captain has been in fine form for United since Louis van Gaal’s arrival at the club last summer.

The 29-year-old has netted 11 goals and made four assists in 26 Premier League games for the Red Devils so far this term.

Van Gaal has been tasked with guiding United back into the Champions League after their disappointing seventh-placed finish last season.