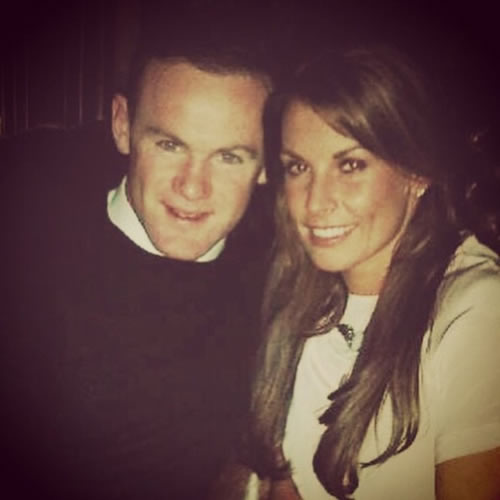 The Manchester United captain’s other half celebrated her birthday as her husband prepared for the Red Devils’ Premier League clash with Aston Villa at Old Trafford on Saturday.

Rooney posted the picture above of himself and his wife on his Instagram account and wrote: “Happy Birthday to my wife Coleen. Hope you have a lovely day x.”

Meanwhile, Louis van Gaal has claimed that Manchester United are still in with a chance of winning the Premier League this season.

The Red Devils head into Saturday’s clash with Aston Villa at Old Trafford in fourth place in the Premier League table and nine points behind leaders Chelsea, who have played a game less.

And Van Gaal feels that the title race is far from over.

Speaking at his pre-match news conference at Carrington on Friday afternoon, Van Gaal said: “You never know. I have said at the end we shall find out.

“Still, we can win the title, mathematically.”

Paul Merson: Why Man United will ease to win over Aston Villa