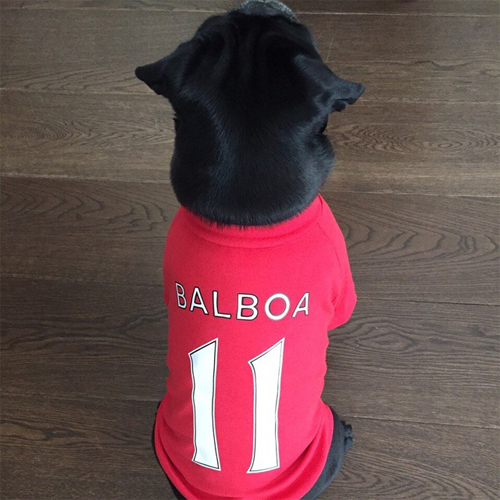 Mesut Ozil was leaving nothing to chance after the German midfielder dressed his black pug in Arsenal colours ahead of the clash against Chelsea at Emirates Stadium.

The Gunners playmaker will have a big role to play against the Premier League leaders on Sunday afternoon as Arsenal look to cut Chelsea’s lead to seven points at the top of the table.

Ozil has been in impressive form over the past number of weeks, scoring one goal and making two assists in his last three Premier League games.

And the Arsenal club-record signing can count on support from his adorable pug Balboa after the World Cup winner made sure his pet was ready for Super Sunday.

Ozil has scored four goals and has made five assists in 16 Premier League appearances this season.

The former Real Madrid midfielder missed three months of the campaign after he injured his knee in a 2-0 defeat by Chelsea last October.

Photo: Liverpool’s Mario Balotelli heads to the cinema after draw