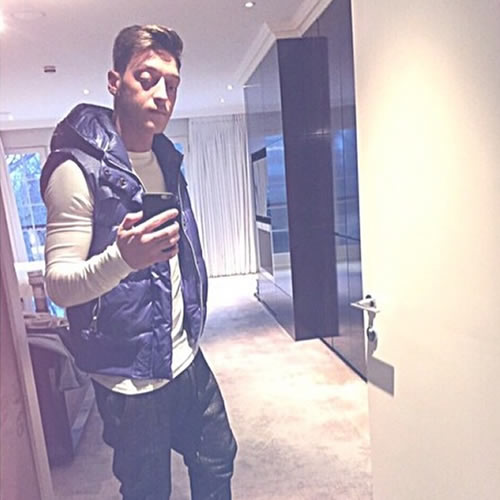 Mesut Ozil looked in a relaxed mood on Thursday evening as the Germany playmaker and his Arsenal team-mates prepare for their clash with Liverpool on Saturday.

The Gunners are gearing up for this weekend’s clash as they look for a win to take a step closer towards qualification for next season’s Champions League.

Ozil has not featured for the north London side since Arsenal’s Champions League clash with Monaco last month but will be expecting to start against the Merseyside outfit.

And the Germany international uploaded the photo above onto his Instagram account on Thursday, and wrote: “M1Ö #dinner#friends#gn8”

Arsenal head into Saturday’s game in third place in the Premier League table and just a point behind defending champions Manchester City.

The 26-year-old playmaker has been in good form for Arsenal since the turn of the year and has scored three goals and made five assists in 14 Premier League games. He also made one assist in the Champions League.