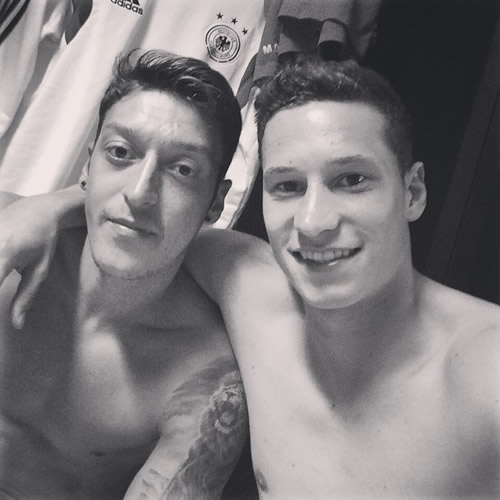 Draxler has long been linked with a switch to the Premier League, with Arsenal and Chelsea both reportedly interested in luring the Schalke playmaker to England.

The Germany international was heavily linked with a move to Emirates Stadium last summer but a move failed to materialise.

Now, Ozil has potentially trigger fresh rumours linking Draxler with a summer transfer to the north London club by posing for a snap with his international team-mate.

Ozil will be hoping to feature when Arsenal host Liverpool in the Premier League at Emirates Stadium on Saturday lunchtime.

The Gunners are currently in third place in the Premier League table and just a point behind defending champions Manchester City.

Photos: Sturridge, Sterling all smiles as Liverpool train ahead of Arsenal trip