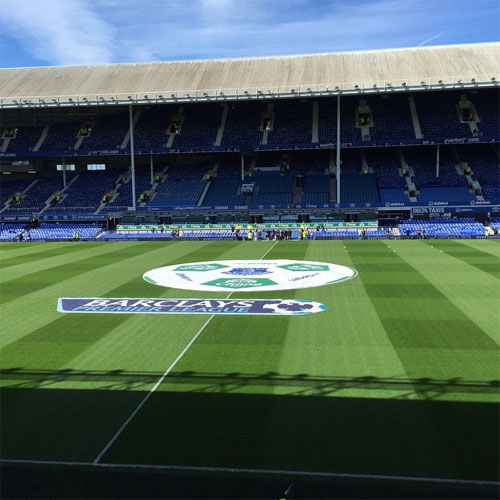 Phil Neville appears to be getting the VIP treatment on his return to Goodison Park as Everton take on Manchester United on Sunday.

The former England international started his career as part of the ‘Class of 1992’ before he quit the Red Devils and moved to Everton in 2005.

Neville worked under David Moyes at Goodison Park and Old Trafford before the Scot was sacked by the 20-time English champions last May.

So the retired defender’s loyalties could well be divided on Sunday afternoon as Louis van Gaal’s side face the Toffees on Merseyide.

Neville posted the above snap and wrote: “Best seat in the house”

The Red Devils are looking to get back to winning ways after a 1-0 defeat by Premier League leaders Chelsea at Stamford Bridge last weekend.

Everton, meanwhile, are looking to climb the table after a tricky second season under Spanish manager Roberto Maetinez.

United were 2-1 winners against Everton at Old Trafford earlier in the Premier League season.

Chelsea transfers: Eden Hazard has not plans to quit Blues

Photo: Tottenham star pays visit to hospital on day off