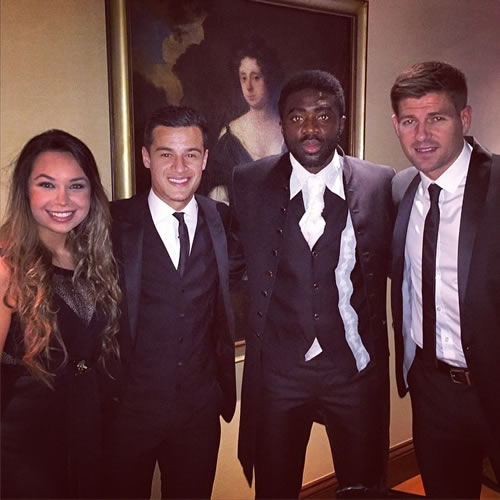 Philippe Coutinho was all smiles as he posed for a picture with his wife and Liverpool duo Steven Gerrard and Kolo Toure on Sunday night at the PFA awards in London.

Coutinho was joined by Gerrard, who along with Frank Lampard, shared the PFA Merit award after having collected 220 England caps between them.

And Coutinho was all smiles with his partner Aine and the Liverpool stars at the glitzy ceremony at the Grosvenor Hotel in London.

Coutinho posted the picture above on his Instagram account on Sunday night and wrote: “My wife, me and 2 Legends @stevengerrard #kolotoure”